STORIES FROM THE FIELD 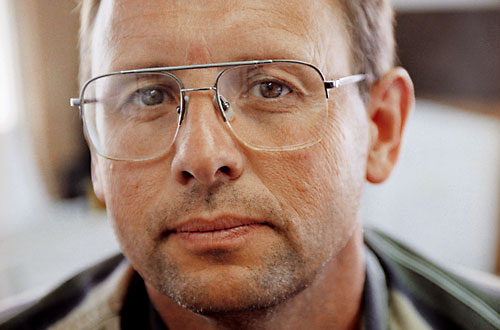 If you're going to do something. you might as well put the effort into doing it right, otherwire, what's the point?

My dad taught me that if you’re going to do a job, do it right. Don’t cut corners. That got instilled in me. It became second nature.

I don’t like to have bad work done. It just upsets me. And that goes beyond just the work to housekeeping. I don’t like being on a job that looks cluttered and messy. When people see neatness and organization, they expect things are going to be the same way on the job. When things are put together well, the chance of mistakes is greatly reduced.

I’ve always had a willingness to go a little further. I’ve never wanted someone else to have to come back and clean up after me. I don’t want to be associated with a job that is slip-shod. Sometimes I tend to go overboard, which might cost our company a few dollars. But in the long-term, we are going to have a customer that’s going to come back for more.

I think I’m blessed with a fair amount of common sense. I think that is something that is often sadly missing in a lot of people. They can be very book-wise, but they may be lacking totally in plain old common sense.

I don’t want to say that I’m a perfect person, but I do try to live by my morals and I think that there are a few more people who should try to do that. “Do unto other’s, as you’d have done unto you.” That is a perfect rule to live by. That God-fearing attitude has to do with wanting to follow the straight and narrow as much as possible.

I try to do the best that I can no matter whether I’m at work or at home. As a boy scout leader I try to instill in kids that if you’re going to do something, you might as well put the effort into doing it right, otherwise, what’s the point?

We are directed by Old Testament wisdom and Jesus’ example—living and doing business in a fair, honest, and reasonable way, and living by the Golden Rule—do unto others as you would have them do unto you.

Our people at PPC Partners have an inherent sensibility and commitment to ethics.  With the Golden Rule as our cornerstone we carry out our duties with honesty and integrity, conducting ourselves and all business in accordance with the highest ethical and legal standards.